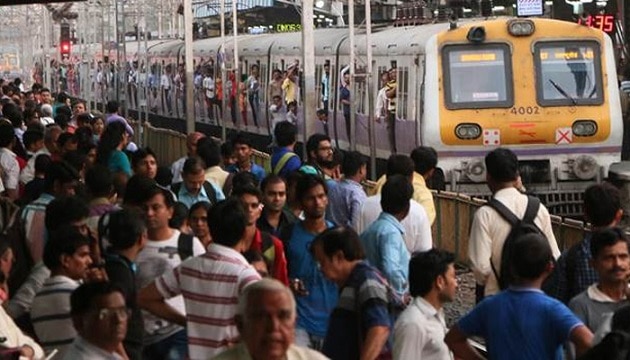 Traveling passes will be issued to the passengers of Mumbai local train from today. Brihanmumbai Municipal Corporation (BMC) will issue passes from today to those people who have got both the doses of Kovid-19. According to the BMC, passengers will be issued passes to the local train only after verification of the vaccine status. For this, BMC has made many arrangements. You can get the pass both online or offline. Apart from this, you can also download travel pass with QR code. How can download it, we are telling you the complete process.

QR Code will be recognized
QR code will identify Mumbaikars in the coming days. To get the pass of the local train or to enter the mall, multiplex or other public places. According to the information, the Maharashtra government is engaged in preparing such an app, through which a person who has completed two doses of vaccination will be provided with a QR code. So that it can be easily moved from one place to another. Through this, it will also be easier for the Maharashtra government to keep records. According to the information received from BMC, the vaccination of 22 percent of the people of Mumbai has been completed, which means that both the doses of the vaccine have been administered.

How to Download Travel Pass with QR Code
For this, first you have to go to the official website of Maharashtra Disaster Management.
Now here on the homepage, click on Universal Travel Pass.
Now you have to enter the address, registration number, phone number in it.
After doing this, by logging in from the mobile and uploading the photo in it.
After this you will be able to download your travel pass.

How to get QR Code?
Arrangements will also be made to issue QR codes by showing certificates and photo identity cards of two doses of vaccine at railway stations in MMR region. Discussions are going on with the railway administration in this regard.

This is offline way
Citizens will have to go to the ward office of their area and get the QR code by showing the certificate of both the doses of the vaccine and the photo identity card.
Citizens can get a pass or ticket by showing this QR code on the ticket window.

download online like this
BMC administration and railway administration are jointly making an app. The Mumbai Municipal Corporation Commissioner said that the app will be ready in the next 2 days. QR code will be available on uploading of vaccine certificate and photo ID card on this app. After which citizens can get a pass or ticket by showing the QR code on the ticket window of the railway.

app will work like this
Any person who needs a pass for travel will have to first enter his mobile number in the app. After which OTP will be generated on the mobile. After entering the OTP in the system, the command will be given to upload the vaccination certificate. Once the certificate is uploaded, it will be verified and QR code will be generated. Along with this, the person concerned will also have to upload a photo of himself, after which the traveling pass can be taken by showing the generated QR code.

Mumbai: How will people who have got both doses of Corona vaccine get local train pass, know the full way