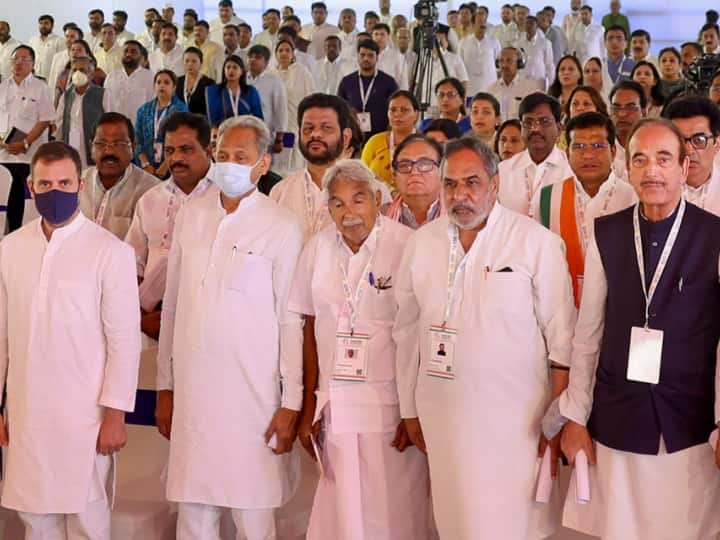 Congress Rajya Sabha Candidate 2022: There is a lot of stir in the Congress these days regarding the Rajya Sabha elections to be held in the month of June. Although the names are to be decided by Congress President Sonia Gandhi, there is scope for consensus on some of the names of the sources. According to sources, Congress may once again send senior G23 leaders Ghulam Nabi Azad and Anand Sharma to Rajya Sabha.

It is noteworthy that both the leaders had reached Udaipur to participate in the Chintan Shivir, while Kapil Sibal did not attend the Chintan Shivir despite the invitation. Not only this, sources said that Bhupinder Singh Hooda has also done a lot of lobbying for Anand Sharma from the Gandhi family.

Apart from this, senior party leader Kumari Selja, who was recently removed from the post of Haryana Congress President, and General Secretary of the party and Randeep Singh Surjewala, another strong leader from Haryana itself, can be sent to Rajya Sabha. On the one hand, while Selja has been replaced by Hooda’s close aide, Surjewala is also considered a traditional rival of Hooda and was not given the Rajya Sabha under Hooda’s pressure many times in the past.

Senior Jharkhand leader Subodh Kant Sahai can also be sent to Rajya Sabha. This time the party can also consider sending Pawan Khera, political secretary to Sheila Dikshit, who was the Chief Minister of Delhi for 15 years, to the Rajya Sabha.

Apart from this, senior party leader, General Secretary and Ajay Maken, who is considered close to Rahul Gandhi, can also be sent to the Rajya Sabha. The names of Praveen Chakraborty and Dinesh Khodnia can also be considered. Apart from these, the names of Jitendra Singh and K Raju, close to Rahul Gandhi, can also be considered. However, the final decision will be taken by Congress President Sonia Gandhi. Congress expects that Congress will get 3 seats from Rajasthan, 2 from Chhattisgarh, 1 from Madhya Pradesh, 1 from Maharashtra, 1 from Tamil Nadu, 1 from Haryana, 1 from Karnataka.