What should be India’s stand now after the capture of Taliban? Yashwant Sinha told abp news 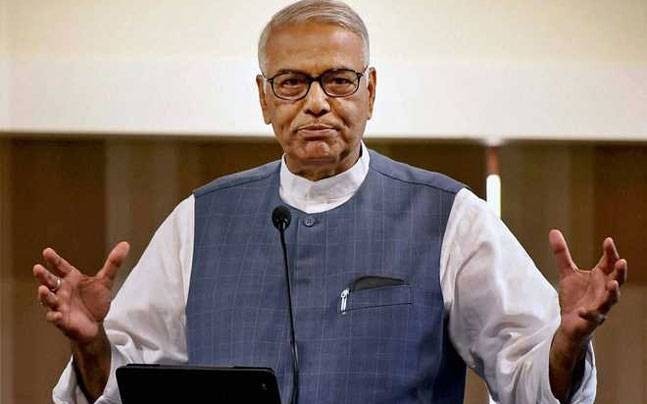 Afghanistan Crisis: The regional situation has changed after the Taliban took over in Afghanistan. Questions are being raised that what should be the stand of India, which has contributed a lot to the development of Afghanistan? Can a Taliban known for its vandalism be trusted? ABP News spoke to former External Affairs Minister Yashwant Sinha on these issues. Let us inform that after the Taliban occupation of Kabul, India has called back all the personnel of its embassy. Efforts are being made to bring back the stranded Indians there.

Former External Affairs Minister Yashwant Sinha told ABP News, “Taliban capture is not good news for India. However, there are some areas and some powers which are opposing the Taliban in Afghanistan. All the statements issued by the Taliban so far are not against India, but India needs to be alert.

He said, “Foreign policy has been that we will deal with whoever rules the country. For a long time, we were held in Myanmar and under the military rule, we started relations. The policy of America is not ours. We also belong to the regime change. But what happened in Afghanistan is a special case. Because the people who have come there in the government have a terrorist background. So India needs to be very careful. Russia is an old friend of India. Russia today stands on the side of the Taliban along with Pakistan and China. I think India should talk to Russia and understand what Russia thinks in this and why Russia seems to be standing with Taliban. Maybe Russia can help if you try. We should not rely too much on America regarding Afghanistan’s policy. America left Afghanistan in the middle and called its army.

Yashwant Sinha said that Russia, China, Pakistan were also in the US-led talks that were going on in Doha recently. There India got an invitation with great difficulty. There were also Taliban men at the same table. India did not hesitate to sit and hold talks with the Taliban. We often forget this thing. When we were in the Ministry of External Affairs, there was a problem in Sri Lanka. Talks took place between the Government of Sri Lanka and the LTTE, we did not participate because we believed to be a terrorist organization. This stand of India has not been with the Taliban. There was no objection in Doha. I think the Indian government has contact with the Taliban today.

What is India’s stand?
India’s stand today should be ‘wait and watch’. Those who want to come to India should be brought safely, this effort should be made. After that we should see what the Taliban does. Do the people there accept the Taliban or not? Or oppose in many parts. All this will be known only in the coming days. The Taliban government has not yet been formed, the whole of Afghanistan is not yet under the control of the Taliban.

Regarding the project of India, Yashwant Sinha said that today is not safe. I think India hastily recalled its ambassador. Many people worked in Afghanistan. The people of Afghanistan understand what India’s contribution to development has been. He said that stopping trade from the Taliban side causes more damage to Afghanistan. In the area of ​​Kandahar where there are dry fruits, most of India comes.

116 thought on “What should be India’s stand now after the capture of Taliban? Yashwant Sinha told abp news”