The world saw the power of the Indian Air Force, the target was destroyed by the BrahMos missile fired from Sukhoi-30MKI 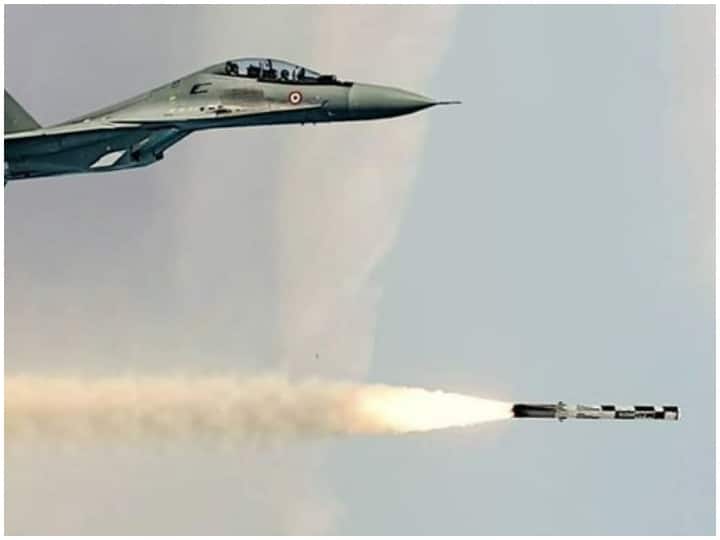 In a display of its operational preparedness, the Indian Air Force on Tuesday successfully test-fired BrahMos supersonic cruise missile from a Sukhoi fighter aircraft off the eastern seaboard. The Air Force said the missile was tested in close coordination with the Indian Navy. Officials said the missile hit the target with precision.

In a tweet, the Air Force said, “Today the Air Force test-fired the BrahMos missile from a Sukhoi 30 MKI aircraft off the Eastern Seaboard. The missile hit the decommissioned Indian Navy ship directly on target. Close with Indian Navy This test was done in coordination.”

Today on the Eastern seaboard, #IAF undertook live firing of #brahmos missile from a Su30 MkI aircraft.
The missile achieved a direct hit on the target, a decommissioned #IndianNavy ship.
The mission was undertaken in close coordination with @indiannavy, pic.twitter.com/UpCZ3vJkZb

In 2016, the government decided to add air-capable variants of BrahMos to over 40 Sukhoi fighter jets. The project was envisioned to enhance the capability of the IAF to strike any target at sea or on land from a large ‘stand-off range’.

BrahMos Aerospace is an Indo-Russian joint venture that produces supersonic cruise missiles that can be launched from submarines, ships, aircraft or land platforms. The BrahMos missile flies at a speed of Mach 2.8 or nearly three times the speed of sound. The range of the advanced version of the missile has been increased to about 350 km from 290 km earlier.

Congress’s Mission 2024: Sonia formed a panel of senior leaders to work on the suggestions of PK, know who are involved

One thought on “The world saw the power of the Indian Air Force, the target was destroyed by the BrahMos missile fired from Sukhoi-30MKI”