The situation in Afghanistan is deteriorating day by day, Jaishankar said – not only the neighborhood but the effect will be far away 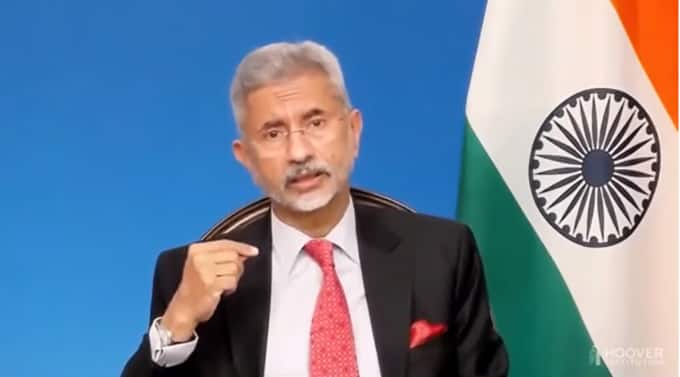 Jaishankar on Afghanistan: India on Tuesday warned that the impact of the Afghanistan crisis will be not only on the neighbourhood, but also beyond. It also said that through large-scale violence, intimidation or hidden agenda, legitimacy cannot be gained in the 21st century. External Affairs Minister S Jaishankar while addressing the inaugural session of the Academic Forum of BRICS (Brazil, Russia, India, China, South Africa) said that the war in Afghanistan has increased the challenge of terrorism and all stakeholders need to deal with it. A clear, coordinated and uniform approach has to be taken.

Jaishankar said issues like infrastructural inertia, unequal resources have damaged multilateral institutions, resulting in some gaps. “Terrorism flourishes in some of these intervals. Its ‘nursery’ is in conflict-affected areas, which is further thriving with the support of fundamentalism by forces with malicious intent.

He said, “Today in Afghanistan we are witnessing a transition period and this war has again created challenges for its people. If it is left like this, it will have serious implications not only in Afghanistan’s neighborhood but also outside it.

“In the 21st century, legitimacy cannot be achieved through large-scale violence, intimidation or hidden agendas. Representation, inclusion, peace and stability are inextricably linked.

Taliban violence in Afghanistan has increased since the withdrawal of US troops. India is a major stakeholder in peace and stability in Afghanistan. India has invested more than three billion dollars in aid and other programs in the country. India has been supportive of a national peace and reconciliation process that is Afghan-led, Afghan-owned and Afghan-controlled.

Jaishankar also called for reforms in multilateral bodies, saying that post-World War II reforms in multilateral institutions cannot be postponed any further. The External Affairs Minister said that the pandemic and other challenges have reminded that there is a dire need to reform the institutions created to deal with the problems of the 1940s and make them suitable for this century.

It is necessary to expand the permanent membership of the UN Security Council, but it is not enough in itself, he said. Regarding BRICS, he said that there was a need for emerging economies to take steps to create a new development framework under which it was launched.

26 thoughts on “The situation in Afghanistan is deteriorating day by day, Jaishankar said – not only the neighborhood but the effect will be far away”