RSS chief said – this is India of 2021, not of 1947, now the partition of the country will not happen again 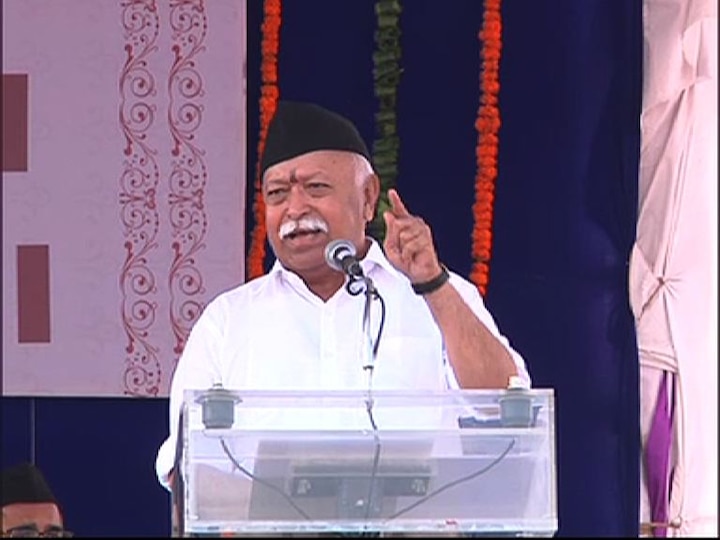 The Sangh chief said, ‘The Prime Minister of India has to go with the Constitution but he also has to say on August 14 that this partition should not be forgotten. That’s why what was fragmented has to be made unbroken. At the time of partition, the first sacrifice was of humanity.
It was done so that rivers of blood should not flow at that time, but since then a lot of blood has been shed. No one is happy with this division. The reason for this is the invasion of Islam and the invasion of the British.

“Bharat tere tukde honge’s slogans are used even today”
Sangh chief Mohan Bhagwat further said, “Guru Nanak ji had warned about the attack of Islam that came. He said that this attack is on Hindustan, it is not related to worship, it is related to the latter. During that time it was said that One who has to live has to live like us. It is understandable to have fanaticism of devotion for oneself, but to do this for others, this tendency will have to be abandoned. Partition was conspired in a planned manner. The British thought they would have to be broken, this They played their trick and partition happened. But even after 15 August 1947, the struggle did not end, the slogans of Bharat Tere Tukde Honge, are used even today. Therefore the truth of history should be faced.”

He said, one side used to say Muslim, one Hindu, what happened, Pakistan happened, all Muslims did not go, those who wanted to stay should stay here, still riots happen, this Muslim should think. Muslims have to give up their thinking that they want to live like us.

Tukde tukde gang targeted
Bhagwat further said that ‘the king belongs to all. The state does not belong to any worship. The state is of religion. Everyone has their own worship, the religion of the king is to unite everyone and that religion is the one who progresses all. Targeting the tukde tukde gang, Bhagwat said that
Those who say that Pakistan has laughed, India will fight, I want to tell them that this is 2021, not 1947. There was a big stumbling block at the time of partition. We will not forget this, so now division is not possible. Whoever tries to do so will be in pieces.

Sangh chief Mohan Bhagwat called Partition a planned conspiracy and said that during that time an attempt was made to pacify the language of threats softly, changed the colors of the national flag because they would feel bad, accepted their demands because they would feel bad. It is true in history that our people ran away. Where the volunteers were in small numbers, they were strongly organized.

Mohan Bhagwat said, ‘We have to know the mistake we have made by reading this book, we have to fight, we will fight, if we have to die, we will die. If you have to fight with your intellect, you have to do it for your duty, not with malice. Hindu says that everyone will live.. will live together.. will be in discipline.. our identity is Hindu.. what is the harm in believing that? We may have changed our worship but our ancestors may not have changed.

The Sangh chief, while indicating the return of the house, said that if you think that you want to come back to the ancestors’ house, then come. But the respect of the motherland is important. India is the mother of the whole society. He should be respected. This painful history of Partition should not be repeated, if we have to fight then we will fight.. so that it does not happen again. Be Bharat Mata in your unbroken form, that day has to be seen.