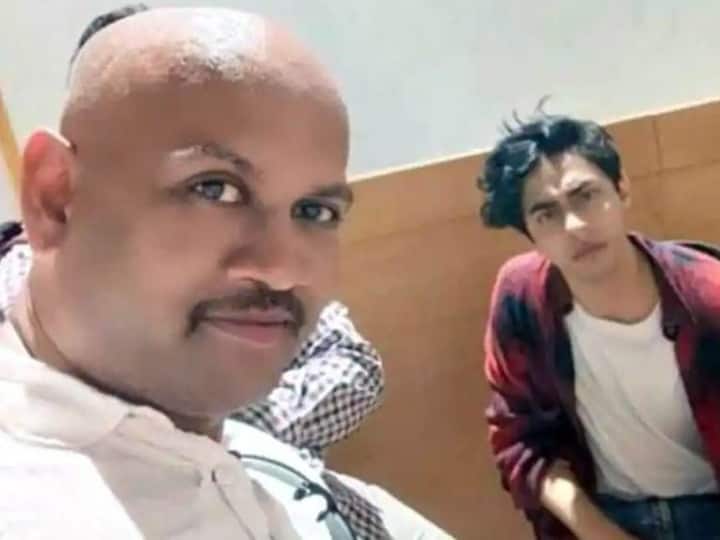 Bodyguard Prabhakar Sayal made these allegations against Gosavi

Prabhakar Sayal, who describes himself as Kiran Gosavi’s bodyguard, has claimed that he was with Gosavi during the cruise party raid. Prabhakar says that ever since Kiran Gosavi mysteriously disappeared after this incident, her life is in danger. Prabhakar has also mentioned a person named Sam D’Souza in his affidavit.

According to Prabhakar, he met Sam D’Souza outside the NCB office. At that time he had come to meet KP Gosavi. Both reached in their respective cars from NCB office near Big Bazaar near Lower Parel. It has been claimed in the affidavit that Gosavi was talking to a person named Sam on the phone from Rs 25 crore to fix it for 18 crores. He also talked about giving 8 crore rupees to Sameer Wankhede.

He claims that after this a blue colored Mercedes car reaches Lower Parel, in which Shahrukh Khan’s secretary Pooja Dadlani is there. In the car, KP Gosavi and Sam have a meeting with Pooja Dadlani.

According to NCB sources, according to the outline of the investigation that has been made against its own officers, all those whose names are mentioned in the witness’s affidavit should be questioned, including Prabhakar Sal himself, Sam D’Souza, Kiran Gosavi (who Still absconding), will also interrogate Shahrukh’s manager Pooja Dadlani, as Prabhakar has alleged that he saw Kiran Gosavi and Pooja talking about money. There will also be questioning of NCB officer Salekar, who got Prabhakar to sign on blank paper. The statements of the driver and staff of Sameer Wankhede will also be recorded.

According to NCB sources, in this case, along with the question and answer from Sameer Wankhede, the CDR of the mobile phones of all those people whose names have come up will also be analyzed, so that it can be found that the conversation of these people. What was the location during The NCB Headquarters has directed the Investigating Officer Gyaneshwar Singh to submit the investigation report of the case at the earliest, so that the action can be taken forward in the matter.

Sources said that along with this, the headquarters has directed NCB Mumbai to summon the witness of the case, Kiran Gosavi, so that the investigation can be completed at the earliest, because Gosavi, an important character of this case, remains missing in future. It will not take long for the case to become the Antilia scandal of Mumbai. In such a situation, NCB’s manipulation is bound to happen, so Mumbai Division was asked to summon Kiran Gosavi.

The Kelwa Police of Maharashtra has registered a case against Kiran Gosavi for duping the youths of lakhs to get jobs abroad. After this case, the number of cases registered against Gosavi in ​​Maharashtra for cheating and other charges increased to four.

Kiran Gosavi’s name first surfaced after the cruise drug case when she posted her picture on social media with Shah Rukh Khan’s son Aryan. At that time many people thought that he was an officer of NCB. The bureau later clarified that he is a private detective and the owner of a placement agency and is one of 10 independent witnesses in the Cruz case.