Kejriwal government’s gift, approval for formation of Delhi Dental Surgeons cadre, doctors will get these benefits 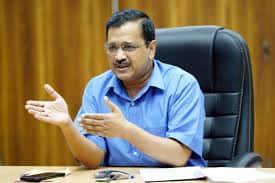 Delhi News: Delhi Government has approved the formation of a cadre for Dental Surgeon Service Rules. The Ministry of Health has decided to constitute a cadre of Dental Surgeons to strengthen the dental health system. This is the first such cadre for Dental Surgeons in Delhi. With this move of the Kejriwal government, the dental surgeons who have been providing their services temporarily in various hospitals of Delhi for the last two decades will now be able to become regular. Along with this, regular recruitment will also help after the formation of the cadre.

Dental surgeons had been demanding for many years to form a cadre. Dental cadre rules have been notified after nearly 23 years of recruitment of surgeons. These dental surgeons were appointed temporarily in the year 1998. The delegation of Dental Surgeons raised their voice several times regarding the formation of the Dental Surgeon Cadre, but every time there was frustration.

Delhi Health Minister Satendra Jain held a meeting with the delegation of dental surgeons and listened to their demands. After this, in the year 2018, the Health Minister directed to form a committee to strengthen the dental services.

While discussing the demand of the committee, the Delhi government has approved the formation of the cadre. Dr. Zaheeruddin, Dr. Harpreet Grewal, Dr. Anil Mittal and Dr. Vikrant Mohanty, who were among the important members of this committee, thanked Health Minister Satyendra Jain. He said that there is a wave of happiness among the dental surgeons with this initiative of the Delhi government. After working temporarily for 23 years, now they will be regularized.

A wave of happiness among dental surgeons

Dental surgeons say that till now there was no such cadre in Delhi. Due to the guidance of the Delhi government, the demand raised by the dental surgeons for two decades and the dream of formation of a cadre has been fulfilled. We are grateful to the Health Minister of Delhi Government Satyendar Jain and all the officers of the department for the formation of Dental Surgeon cadre.

The decision to create a dental surgeon cadre to strengthen the dental health system in the capital on the lines of Delhi Allopathic Cadre Rules 2009 is highly commendable. At present, the doctors of Central Health Services have very little knowledge about the problems being faced by the state government. The formation of cadre will help in bridging this gap.

Apart from this, there will be improvement in technical leadership and management both at the central and state level. Dental surgeons included in the cadre will play an important role in strengthening health services. Along with this, the recruitment of dental surgeons will also be done directly in future.

One thought on “Kejriwal government’s gift, approval for formation of Delhi Dental Surgeons cadre, doctors will get these benefits”