Heavy rain may occur in these states in the next 24 hours, know what is the weather condition in your city 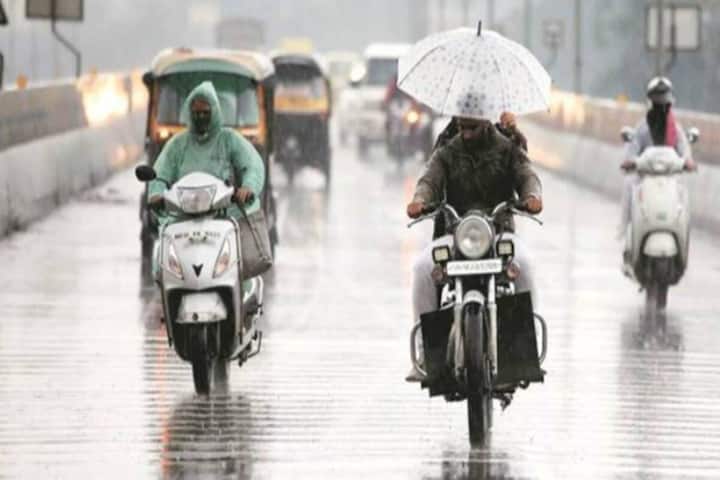 Many parts of the country are receiving heavy rains due to monsoon. According to the Meteorological Department, there is a possibility of heavy rain in many parts of the country during the next 24 hours. Heavy rain may occur in many states including Jharkhand, Chhattisgarh, Madhya Pradesh, Uttar Pradesh, Bihar, West Bengal. On the other hand, light to moderate rain is expected in Andaman and Nicobar Islands, Coastal Karnataka, Kerala and Lakshadweep.

According to the Indian Meteorological Department, in the next 48-72 hours in Punjab It may rain heavily. Today light to moderate rain is expected in many areas of Rajasthan. The Indian Meteorological Department has predicted heavy rains in Odisha in the next three days due to the formation of a low pressure area over the Bay of Bengal on Tuesday. Bhubaneswar Meteorological Center said, “It is very likely to make a good place in next 24 hours and move westwards gradually over West Bengal, Jharkhand and Bihar during subsequent 48 hours.” There,  Light to moderate rain is possible in rest parts of Rajasthan, Madhya Pradesh, Saurashtra and Kutch, parts of Madhya Maharashtra, Chhattisgarh, Odisha and Vidarbha today.

It is raining in the capital Delhi as well. Delhi has so far recorded 381 mm of rain, which is the highest for July since 2003. Yellow and orange alert has been issued for the districts of West-East Champaran, North-West, North-Central, North-East, South-West, South-Central, South-East etc. According to the meteorology, heavy rain is expected in the state from July 28 to July 31.

1,171 thoughts on “Heavy rain may occur in these states in the next 24 hours, know what is the weather condition in your city”