Farmers Movement: What did Rajnath Singh say about the talks with the protesting farmers? 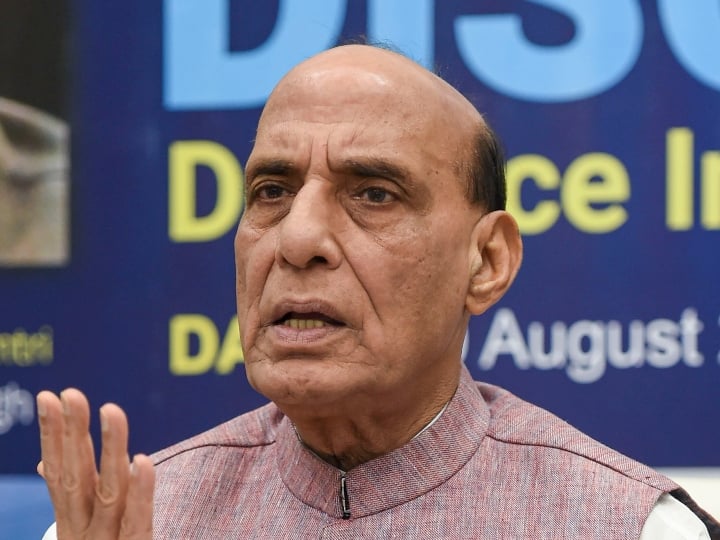 Farmers Protest: Defense Minister Rajnath Singh on Thursday defended the Centre’s three controversial agriculture laws but said the government is ready to talk to farmers if they feel that any clause in the laws is against their interests.

Emphasizing on a thorough understanding of these laws, Singh said “an atmosphere of protest” is being created and farmers should understand it. It is worth noting that farmers mainly from Punjab, Haryana and western Uttar Pradesh have been camping on the borders of Delhi since November last year demanding the repeal of these laws.

Farmer groups alleged that these laws would destroy the Mandi and Minimum Support Price (MSP) procurement system and leave them at the mercy of big corporate houses.

Singh, while addressing the people through online medium on Thursday for the state level Annapurna program under the Pradhan Mantri Garib Kalyan Anna Yojana, praised the Narendra Modi government for taking steps in the welfare of farmers.

Singh said, “Our government has come out with three agriculture laws but I think there is a need to understand these laws completely. But an atmosphere of protest is also being created. I think farmer brothers should understand this.

“Confusion was also created about the minimum support price. Farmers have started knowing the truth and have started calculating their profit and loss. I have read the agriculture laws thoroughly and I can say with confidence that to the best of my knowledge there is no clause which is against the interests of our farmer brothers.

The Defense Minister said, “If anyone feels that there is any such clause in these laws which can affect the interests of farmers, then I want to say with full confidence that we are ready to sit and talk to the farmers. .”

Giving information about the decisions taken by the Modi government for the welfare of farmers, he said that the minimum support price has been increased by one and a half times and small farmers have been given cheap loans. He said that more than Rs 1.50 lakh crore has been given in the bank accounts of farmers. This has never happened before in the history of the country.

Singh said, “All these steps were taken to make our farmer brothers strong and strong.”

“There is no scope for corruption. All the money reached your accounts.

He asked, “Today we send 100 paise and all the money reaches your accounts. There is no scope for corruption. What could be more sensitive to farmers than this?

Singh said that the central and state governments run in cooperation with each other. He said, “Centre can make plans but unless it gets support from the state government, it is not possible to implement them successfully. Similarly, the state government can formulate many schemes, but if the Center does not support them, then their implementation becomes difficult.

104 thought on “Farmers Movement: What did Rajnath Singh say about the talks with the protesting farmers?”