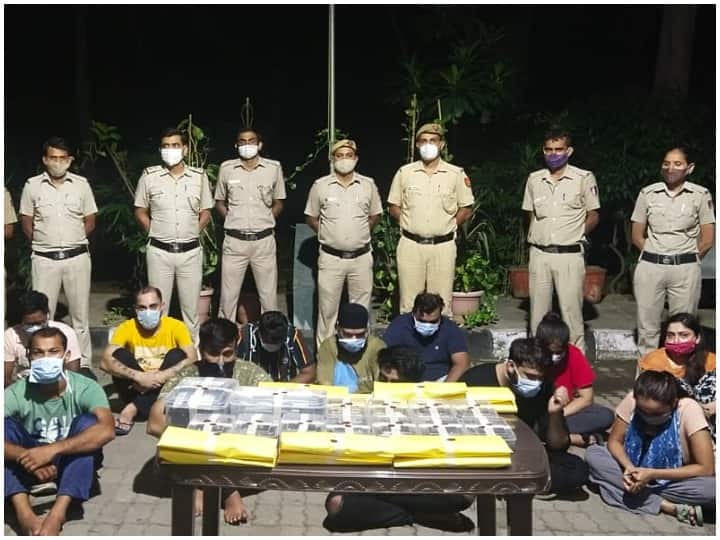 New Delhi: The Delhi Police, the capital of the country, has busted a fake call center and arrested 12 people. According to the information, the accused were duping the people of US and Canada by showing fear of ransomware virus. They were charging a hefty amount in dollar terms.

Most importantly, these people would panic by sending a pop-up link through the computers of US and Canadian citizens that a virus like ransomware had come to their computer. In panic, when people asked for his diagnosis, a toll free number would be given through the same pop-up link which would have been of this call center and then as soon as the caller called to them. These people used to cheat him a good amount of money.

Police say that in this case there are accomplices of these thugs in US and Canada too, who sit there to get the money cashed and then send the money to them in India through hawala. The names of the arrested accused are Mandeep Singh, Harpreet Singh, Nitin Chaudhary, Jobin, Hanumantu, Mohit Gupta, Nitish Kumar, Subhodeep, Maumita, Diksha, Shabana and Satik Chakraborty.

what is the matter

Dwarka district DCP Santosh Kumar Meena said that the cyber cell of the district had received information that some people were running the business of duping foreign nationals under the guise of a call center in Palam Extension. Those people sitting in the call center, thugs posing as the official technical support officer of a big e-commerce company and in the name of helping, cheat people living in America and Canada.

On the basis of the information, the police team of Cyber ​​Cell raided the given address. where many people were working. The police team found that 12 people were posing as employees of the company during the calling.

DCP Santosh Kumar Meena said that during interrogation, the accused revealed that these people used to send pop-up links on the screens of laptops/computers of US and Canadian citizens. There would have been a warning in that link that a virus like ransom virus has come to your computer, due to which your computer has been hacked. Due to fear, if people clicked on that link to know its solution, then they would see a toll-free number. As soon as it was dialed, the call would come to this center and then these thugs would start their work.

Police say that foreigners were asked to pay through gift cards. There is someone associated with them, who operates a bank account for them. That person gets the gift card cashed and the amount reaches them through hawala.

Police say that these people used to call with VoIP technology so that the call does not go through the Indian calling gateway. 19 computers, 2 internet routers, 13 mobile phones, 1 switch, cheating scripts and data etc. have been recovered from them.

1,192 thoughts on “Fake call center cheating in the name of Ransomware busted, 12 arrested”