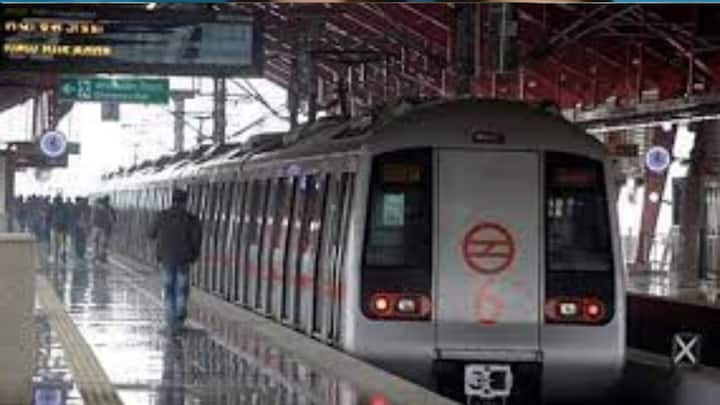 New Delhi: In view of the improvement in the situation of Kovid-19, Delhi Metro started operating at full capacity from Monday i.e. now people can travel by sitting on all seats, but there is still a ban on traveling standing. The officers provided this information.

Delhi Metro Rail Corporation (DMRC) said that the metro train service, which was restored on June 7 after the lockdown, was running with 50 percent capacity. Meanwhile, DMRC issued a statement on Monday night saying that till 8 pm, about 17.5 lakh people had traveled in the passenger metro.

Capacity on a journey or a route is calculated on the basis of the routes used by the passengers to reach their destinations. DMRC said, “The average number of passengers on Monday, after resuming the service on June 7 with 50 percent capacity, was 16 lakh till July 25.”

The statement said that nine flying squads were deployed in the metro rail to ensure compliance with the Kovid-19 rules and till 8 pm, 432 passengers were deboarded while 159 passengers were fined.

Delhi saw an increase in the number of infection cases and deaths during the second wave of corona virus in the months of April and May. However, the situation has improved in the last few weeks, after which the government is reopening the city in a phased manner. Under the latest unlock guidelines, Delhi Metro has been announced to operate with 100 percent seat capacity from Monday, but passengers have not been allowed to travel standing.

A video shared by a user on Twitter showed several passengers standing inside the coach. Apart from this, stations like Rajiv Chowk, Central Secretariat, Kashmere Gate are still crowded, but DMRC officials said that efforts are being made to reduce the crowd by following the rules of Kovid-19.

DMRC said in a statement, “Some tweets, photos and videos have shown that people were traveling inside the train standing, but from today standing travel is not allowed as per the revised guidelines.” A DMRC spokesperson said that many people felt that operating at full capacity of seats meant that the metro has been completely opened. For this reason, more number of people went inside the coach than the seats.

DMRC took cognizance of the rush hour situation in the morning and said that the entry of passengers would be controlled so that such a situation does not happen again. The regular flying squad will also monitor the lines and convince people not to do so, a statement said.

DMRC officials said there was a slight delay in Delhi Metro services after some tremors were felt in the early hours of Monday. DMRC tweeted at 8 am, “Due to mild shaking at around 6.42 am on Monday morning, trains were run at a cautious speed as per standard procedure and stopped at the next platform. Services are now normal.