Delhi Fire: Even after the fire is extinguished, the screaming of the victim’s family still heard 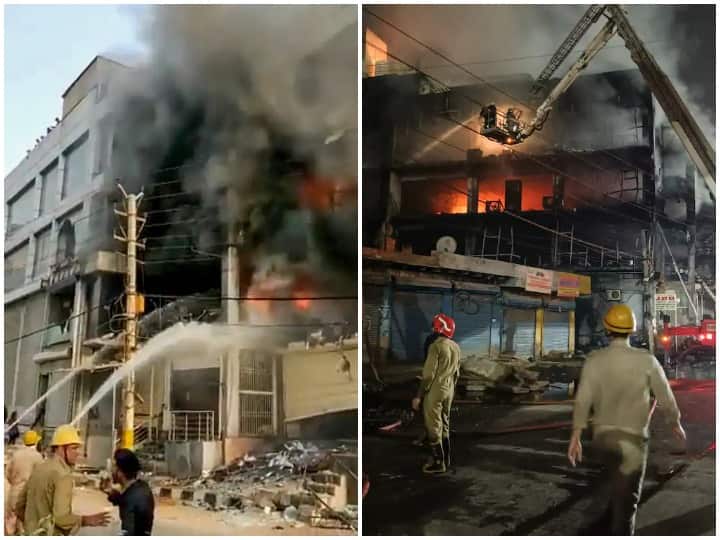 Delhi Fire: A heart-wrenching incident came to light in the national capital Delhi on Friday. A massive fire broke out in a three-storey commercial building near Mundka metro station in Delhi. Due to which 27 people died due to scorching in the fire. At the same time, eight injured are being treated in the hospital. During this, the families of the people working in the building are seen wandering here and there in search of their families after getting information about the fire.

The massive fire that broke out in a three-storey commercial building near Delhi’s Mundka metro station may have subsided, but the clamor of the families of those killed in this painful accident is still going on, many people who died last evening. Since then, they are engaged in search of their families. At the same time, till now they have not got any kind of information.

how the fire started

When ABP News talked to the local people about the fire, they told that the fire in the building first started from the first floor, which gradually reached the third floor. At present, it is being told that only after the fire broke out in the building, some people were seen trying to save their lives by jumping from the building. Due to which many people have suffered serious injuries. He has been admitted to Sanjay Gandhi Hospital for treatment.

A victim’s brother told ABP News that his sister was present on another building of the building to attend the seminar program of her company. The victim’s family said that they were informed on the call and asked to call an ambulance. Since then he has been looking for his sister, but he has not been able to find his sister yet.

While talking to ABP News, the brother of a victim informed that his sister had last spoken to him around five o’clock in the evening. Who used to work in a company making CCTV cameras. This is the same company in which the fire incident first came to light and then spread to the entire building. The man told ABP News with moist eyes that he had reached there as soon as he got the information. But even around 5 o’clock, the fire brigade vehicles could not reach there due to being stuck in the jam.

At the same time, some other victims’ families say that on getting information about the fire in the building, they reached here and are searching for their relatives. In which no help is being received from anyone from the police to the administration. He says that information is being given by the police that everyone has been sent from Sanjay Gandhi Hospital to Ambedkar Hospital for treatment. At the same time, the family members say that they are not getting any kind of information even in the hospital, and they are looking for their relatives.

One thought on “Delhi Fire: Even after the fire is extinguished, the screaming of the victim’s family still heard”