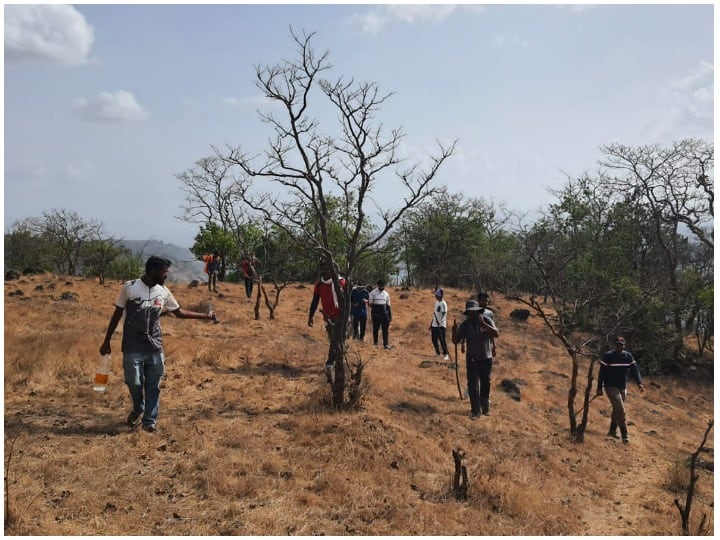 Lonavala Forests: A Delhi engineer has been lost in the dense forests of Lonavala and Khandala in Pune district in Maharashtra. The name of this engineer is Farhan Sirajuddin Shah. Farhan had gone missing on May 20 in the forests of Nagfani in Lonavala and his search is still on. Farhan was reporting the incident to his family and friends till he went missing. He had last contacted his family and friends on May 20 at around 1.30 pm and said, “If I do not contact for the next three or four hours, send someone to look for me.” It may happen that after some time the battery of Farhan’s mobile got depleted and he went out of the contact area. Since then the search for Farhan is going on but Farhan is not being found.

Farhan works as an engineer in Delhi. He had come to Kolhapur from Delhi for company work. He was supposed to return to Pune on Friday but the flight he was supposed to take to return to Delhi had a long time. It is being told that due to sufficient time for the flight, Farhan decided to roam in the Hawthorn forest of Lonavala. But unfamiliar with the unknown area, Farhan got caught in the web of dense forests.

Farhan started trekking on the morning of 20 May

Pune Deputy Superintendent of Police Rajendra Patil said, “It has come to the fore that Farhan started trekking on the morning of May 20. Farhan climbed the mountainous area in the forest of Nagfan area, which is also called Duke Point. While returning from there, Farhan lost his way. Farhan told his friend in Delhi that he had lost his way in the forest and if no message was received in the next 2 hours, he would send someone for help and search. After this Farhan’s phone got switched off. Farhan’s family has also reached Lonavala.

Local police, dog squad, expert rescue personnel from Lonavala, people from nearby villages have started searching for Farhan. Drones were used to trace Farhan. Pune Police mapped Farhan’s mobile location and tried to trace him, but the rescue team could not reach him. Now Farhan’s family has announced a reward of one lakh rupees to those who find him.

Bihar News: There has been a decrease in the incidents of ‘Pakdaua marriage’ in Bihar, till March this year, three such cases in the state