Dead bodies of mother and daughters found at home in Delhi, warning note was put on the gate – do not light the lighter when you come inside 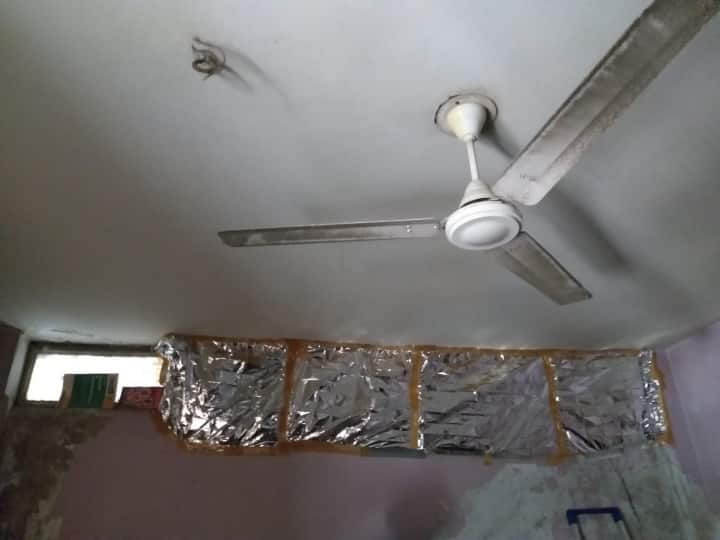 Delhi Mother Daughter Dies: A case of death of a woman Manju Srivastava and her two daughters Anku and Anshika has come to light in Vasant Vihar area of ​​Delhi. Based on the suicide note and circumstantial evidence found from the spot, prima facie the police is treating it as a case of mass suicide. According to police and forensic department sources, the people killed in this incident used gory methods to commit suicide. The house was converted into a gas chamber, which produced carbon monoxide and all three died of suffocation from this poisonous gas.

Police say that one more thing has come to the fore in the investigation so far, that the financial condition of this family was very bad and from above these people were victims of loneliness, due to which they took this step due to depression. According to DCP South West Manoj C, it was reported from PCR call at around 9 pm on Saturday that flat number 207 is locked from inside. No one is opening the door. A woman and her two daughters live in it. The police reached the spot and forcefully opened the lattice door outside.

Police entered inside by breaking the door
After this the wooden door inside was also broken. There was smoke inside. When the police reached the inner room, the bodies of the mother and both the daughters were lying on the bed. All the windows and doors of the flat were locked from inside. The gas cylinder was also slightly open. Three small rings were also found. It is believed that all three died of suffocation. Suicide notes have also been found. Manju had been ill for a long time and could not move from the bed. The owner of this house, Anshika and Anku’s father Umesh Chandra Srivastava died of corona in 2021. Since then the whole family was in depression. Initial investigation seems to be a case of suicide. Suicide notes have also been found pasted on the walls of the house. The doors and windows of the house were sealed with foil and tape so that even the slightest smoke could not escape. On Sunday, the forensic team has also inspected the incident.

Warning note pasted on the door
Local resident and former municipal councilor Manish Aggarwal told that when the lattice door outside was broken in flat number 207, there was another wooden door inside. A hand-written note was pasted on it, which was written in English. It was written in it, be careful before entering the warning, because there is a gas chamber inside. Could be carbon monoxide. Whoever enters inside should neither light a lighter nor any match or candle. Because doing so can cause a fire. There is a lot of poisonous gas inside. Therefore, the one who enters inside should first open the windows and doors of this house from outside.

This thing was written in the suicide note
After this, when the police entered inside, the bodies of the mother and both the daughters were lying in the second room of the flat. Inside was full of smoke and foul smell was coming. Police have also found a suicide note of 8 to 10 pages, in which it was written that their financial condition was not good. The father died in 2021 due to corona, after which as many as he had started feeling alone and had become a victim of depression. Mother was very ill and Anshika’s elder sister also used to be ill. Anshika has written a suicide note, it is believed that. The suicide note is written in both Hindi and English. In which it has also been written that (the woman working in her house) should tell the Jain uncle of Kamala Didi shop that he will get his money. Along with this, these people also apologized to any of their uncles in the suicide note and it has also been written that these people could not keep their situation in front of them. forgive us.

had tried suicide before
It is also written in the suicide note that even about 1 year ago, these people had tried to commit suicide, but could not commit suicide. These people did not want that any of their steps should cause any trouble to others. This is the reason why he had asked the tenant from his second flat (No. 206) to move out about 5 months ago and made an excuse that a relative has to come, so the flat should be vacated. Manish Aggarwal told that as long as Umesh Chandra Srivastava was alive, he used to take his daughters out. Without him, his daughters would not go out anywhere. This also seems to be the reason that after their death, all three of them started feeling completely alone. No relatives used to come here too much. Parthia had performed the last rites of her father.

Suicide on Friday night
Police say that from the investigation so far, it appears that all three died in the middle of Friday night or Saturday morning, because when the police got the call of this whole matter and when the bodies were recovered, the bodies would be decomposed. had begun. That is, the dead bodies were 12 to 24 hours old.

The disclosure of such an incident happened
A woman named Kamala used to work as a maid in flat number 207, but since the financial condition of this family deteriorated, she also refused to come to work. However, whenever there was some minor work, he used to call Kamala for work. Kamala told that there is a shopkeeper nearby, Jain sahib, from whom goods used to come to this house. These people had taken some goods 10 days ago, for which they were not able to pay. Jain sahib had already paid for his money. On Thursday, Anshika had called me and asked Didi Jain to tell Uncle that he would get his money on Saturday. I will go to the bank. If I withdraw money from there, then I will pay their money. no one opened the door
Kamala told that when I went to Jain Saheb’s shop on Saturday evening, he said that today is Saturday and the money has not come even today. After which when I called on Anshika’s phone, she did not answer. I made three to four calls. Then sent his son to his house. My son rang the doorbell several times. But when no one opened the door, he told me that no one from inside was answering. I informed about the whole thing to the President of RWA of this colony. After which the people of the neighborhood also gathered. Then around 9 o’clock everyone informed the police, after which the police came and everyone came to know about this whole incident.

Tape, foil and fireplace were bought online
Police said that after inspecting the spot, it has been found that this two-room house was well sealed and packed from inside. Every point of ventilation was packed with foil, tape and fiber-like polythene. There was not a single hole left so that the air could pass through. 3 small fireplaces have also been found from inside the house. The investigation so far has revealed that tapes, foils, polythene and small rings were all purchased through online shopping.

Post-mortem of all three dead bodies has not been done
According to the police, the phone number of one of her uncles was found from Anshika’s mobile, through which she has been informed about the death of these three. The bodies of all three have been kept safe for post-mortem. Today Anshika’s cousin and two other relatives have also reached, they will be discussed. According to the action, if these claimants are found, then the bodies of the three will be handed over to them. When Parthia’s cousin reached Vasant Apartment on Sunday, the people of the neighborhood got very angry with him. He said that how are you relatives who did not take any care of these three. However, Parthia’s cousin told that when Anshika’s father died, no one could come because of Kovid. He had a talk with Anshika 3 months ago.

Gyanvapi Mosque Case: Big statement of SP MP regarding Gyanvapi – no one can snatch our mosque from us, BJP spreading hatred for 2024

Monkeypox Virus: How is Monkeypox spreading outside Africa without a travel link? WHO replied