The country is shocked by the death of General Bipin Rawat, who will be the next CDS of the country? 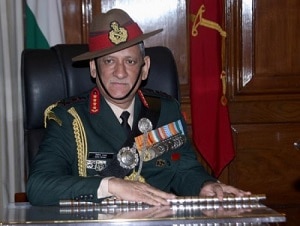 CDS Bipin Rawat Death: Both the government and the country are shocked by the news of the death of General Bipin Rawat. After this accident, Prime Minister Narendra Modi called a meeting of the Cabinet Committee on Security on Wednesday evening. In this, Home Minister Amit Shah, Defense Minister Rajnath Singh and other members of the committee attended. A two-minute silence was paid to the people who died in the accident.

After the death of the biggest officer of the country’s armies, now the discussion has also started on who will be the next CDS of the country? In terms of seniority, the claim of General MM Naravane seems to be the strongest. The most senior and experienced person can be chosen from among the three service chiefs, with Admiral Karamveer Singh being the youngest Naval Officer, the remaining Chiefs of the Army and Air Force, Chief of the Army Staff General Mukund Naravane and Chief of the Air Staff, Air Chief Marshal Vivek Ram. Choudhary is. If you look at the experience and seniority in both of these too, then the claim of MM Naravane seems to be the most solid. Naravane is 60 years old, he was appointed Army Chief after General Bipin Rawat, Naravane is the biggest expert in Military Warfare.

General Naravane is currently the Chief of Army Staff. Prior to this, he was the Chief of the Northern Command of the Army, Naravane has handled many challenging responsibilities in his four-decade tenure in the Army. He has played an important role in preventing terrorist activities during his deployment from Kashmir to North-East states. Naravane has been a part of the Peace Keeping Force in Operation Pawan, conducted in Sri Lanka during 1987. General MM Naravane took over as the Vice Chief of the Indian Army on 1 September.

Let us tell you that the creation of the post of Chief of Defense Staff in India was recommended by a group of ministers in the year 2001. This GoM was studying the report of Kargil Review Committee 1999. Following this recommendation of the GoM, the government created the Integrated Defense Staff in 2002 to create this post, which was to function as the CDS Secretariat. Then ten years later, in the year 2012, the Naresh Chandra Committee on CDS recommended the appointment of a permanent chairman of the Staff Committee. Since then, the exercise of preparing a complete draft for the post of Chief of Defense Staff was going on, which was intensified by the Narendra Modi government after the year 2014.

of center Narendra Modi The government created the post of Chief of Defense Staff (CDS) in the year 2019. Indian Army Chief Bipin Rawat was made the country’s first CDS on 30 December 2019, since then he was working in this post.

The salary and facilities of the officer posted on the post of CDS have been kept at par with other army chiefs. When an army chief is made CDS, the rule of age limit should not become a hindrance, that is why the officers holding the post of CDS will be able to work in this post till the age of 65 years i.e. now the army chief is maximum 62 years of age or till the tenure of 3 years. You can stay in your position. For this, the Central Government had also amended the Army Rules 1954, Navy (Discipline and Miscellaneous Provisions) Regulations 1965, Conditions of Service and Miscellaneous Regulations 1963 and Air Force Regulations 1964.

It is also the responsibility of the CDS to increase the combat capability of the armed forces by reducing the expenditure and to improve the performance of the three services. The CDS serves as the secretary of the Department of Military Affairs created under the Ministry of Defence. The DMA works together on matters related to the Armed Forces of India i.e. Army, Navy and Air Force. A person retiring from the post of Chief of Defense Staff (CDS) cannot hold any government post. Also, he does not have the right to do any private employment without permission even after 5 years of retirement.

3 thoughts on “The country is shocked by the death of General Bipin Rawat, who will be the next CDS of the country?”