Basavaraj Bommai will be the new CM of Karnataka, gave this reaction after being elected the leader of the legislature party 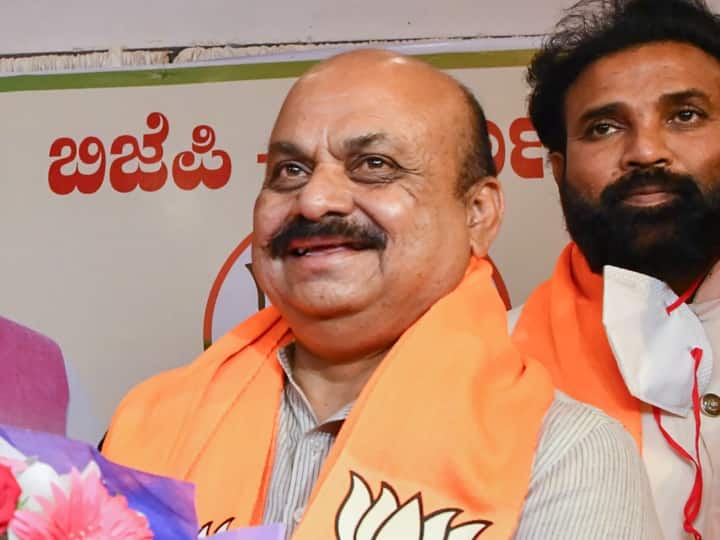 What did Bommai say?

Basavaraj Bommai said, “It is a big responsibility in the current situation. I will try to work for the poor in line with the Prime Minister and the Home Minister. I never expected it. However, I believed in my hard work and got the result.” Bommai will succeed BS Yediyurappa as the 20th Chief Minister of Karnataka.

We are all very happy- BS Yediyurappa

At the same time, Karnataka’s caretaker Chief Minister BS Yediyurappa said that we unanimously elected Basavaraj Bommai as the leader of the legislature party, we are all very happy. Karnataka BJP leader K Sudhakar said, “This decision was taken unanimously by all the MLAs. They get respect not only from the party but also from outside the party. Basavaraj S Bommai will probably take oath tomorrow.”

According to party sources, Lingayat leader Bommai, who hails from North Karnataka, also had the support of caretaker Chief Minister Yeddyurappa. Basavaraj Bommai is the son of former Chief Minister late SR Bommai. Bommai was handling the portfolios of Home, Law, Parliamentary and Legislative Affairs in the Yeddyurappa-led government.

Yeddyurappa resigned from the post of Chief Minister on Monday. After the legislature party meeting, BJP’s central observer Dharmendra Pradhan said, “Senior leader BS Yediyurappa proposed the name of the new leader and Govind Karjol, R Ashok, KS Eshwarappa, B Sriramulu, ST Somashekar, Poornima Srinivas proposed the name of the new leader. It is approved and the newly elected leader of the party and the new Chief Minister will be Basavaraj Bommai.

Soon after the announcement, Bommai sought Yeddyurappa’s blessings and other party leaders congratulated him. A meeting of the legislature party to elect the new leader was held at a hotel in the city and during which Union ministers Dharmendra Pradhan and G Kishan Reddy were also present as central observers appointed by the BJP Parliamentary Board.

1,365 thoughts on “Basavaraj Bommai will be the new CM of Karnataka, gave this reaction after being elected the leader of the legislature party”