47 lakh deaths due to corona mean Patna-Bhopal to die together? 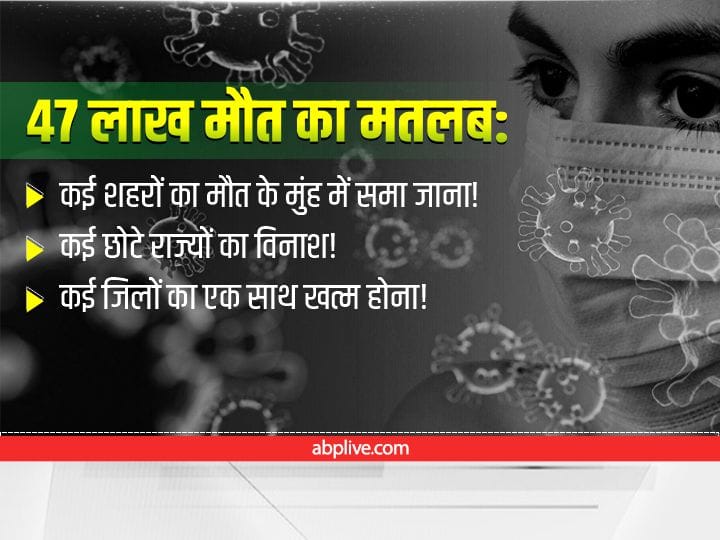 Covid-19 Death in India: The war against the corona epidemic is still going on around the world. Meanwhile, the report of the World Health Organization on the deaths due to corona epidemic in India is quite worrying. However, it has been rejected by the Modi government at the Center. In its report, WHO has estimated the death of about 47 lakh people due to the Covid-19 epidemic inside India. In the report released by the WHO on Thursday, it was said that between January 2020 and December 2021, about 47 lakh people lost their lives. These figures are about 10 times more than the officially given data.

47 lakh deaths mean the death of many cities?

47 lakh deaths meant the destruction of many small kingdoms!

There are many such districts in the country whose population is very less. In such a situation, the death of 47 lakh also means that many districts are destroyed simultaneously. Some of the districts with less than 10 lakh population are as follows-

Will the death of 47 lakhs mean the destruction of Dubai and Sharjahan?